On January 23, 2017, on  Facebook, LMU’s Department of Sociology issued a statement  claiming, “OB-GYNs have never heard of babies being ripped ‘out of the womb in the 9th month on the final day’ unless a Cesarean section is being performed (the rare terminations that occur at or after 21 weeks are due mostly to serious fetal abnormalities).”

Here is a small sampling of OB-GYNs and abortionists who have heard of babies being ripped out of the womb on their last day in utero, not for the purpose of saving their lives in Cesarean section but for the purpose of killing them.  Let’s start with this footage in which abortionist Laura Mercer indicates what takes place in late term abortion. 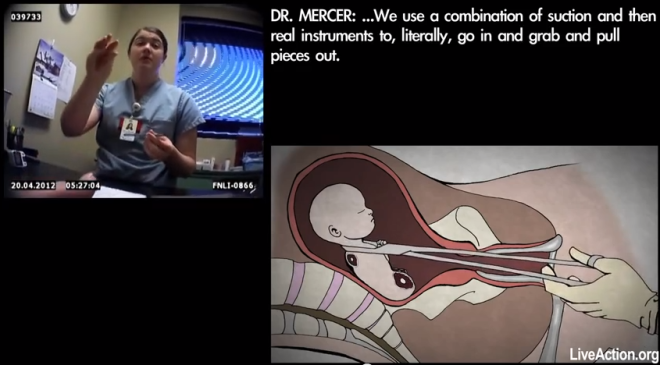 In this video, OB-GYN Dr. Anthony Levatino who has performed thousands of abortions describes how abortions take place in the last trimester of pregnancy. 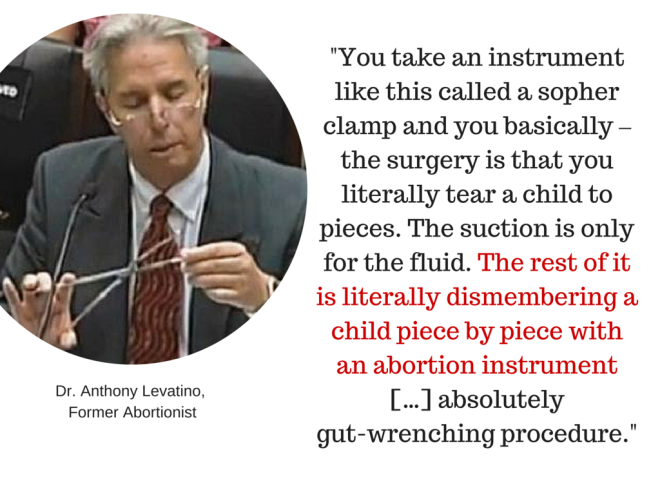 The evidence indicates that late-term abortion does involve ripping the human being in utero from the womb piece by piece.

Nor is LMU’s Sociology Department accurate in claiming that these second and third trimester abortions are mostly performed because serious fetal abnormalities.

In her article “Why do women get late-term abortions?” Sarah Terzo notes:

A study in 2006 in Perspectives of Sexual and Reproductive Health, a publication of the Alan Guttmacher institute, which has been affiliated with Planned Parenthood throughout its history, conducted a study of hundreds of women who had second-trimester abortions (the second trimester ends at 27 weeks). It came up with the following results:

68% had no pregnancy symptoms

58% Didn’t confirm the pregnancy until the second trimester

30% had difficulty deciding on abortion

The study sample did not contain a single case of abortion for health reasons.

LMU’s Department of Sociology Statement continues, “Worth noting is that women’s indisposable contributions to the global and US work force and to higher education would not be possible without full control of their reproductive and other forms of health.”

The new-speak euphemism “reproductive rights” attempts to conceal the reality of abortion. Once a human being is actively self-developing towards maturity in utero, reproduction has already successfully taken place. Abortion is not about reproduction, but about killing the human being who has been reproduced.  Abortion, particularly late term abortion, endangers the woman’s health (for example, by increasing the likelihood of ectopic pregnancy) and always destroys the health of her son or daughter.

Is LMU’s Department of Sociology correct that abortion, particularly late term abortion, is necessary for women to flourish? In Ireland, abortion is almost entirely illegal. As Ross Douthat noted in The New York Times, “Meanwhile, international rankings offer few indications that Ireland’s abortion laws are holding Irish women back. The country ranks first for gender parity in health care in a recent European Union index. It was in the middle of the pack in The Economist’s recent “glass-ceiling index” for working women. It came in fifth out of 135 countries in the World Economic Forum’s “Global Gender Gap” report. (The United States was 22nd.)” Indeed, Ireland has already had its first female president, but the United States (with its radical abortion laws) is still waiting.

Below, you can find the full text of the Department’s statement as found on Facebook.